“HOW TO GIVE A SPEECH” by Gary Genard “PERSUASION” by Jane Austen, Narrated by Alison Larkin 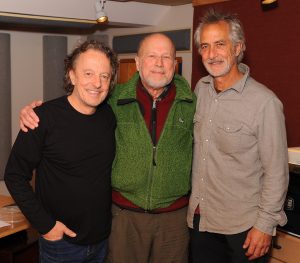 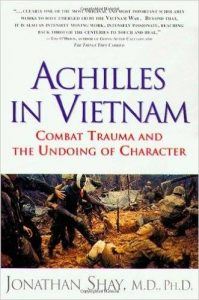 We were honored to welcome actor, David Strathairn to the studio for his narration of “Achilles in Vietnam: Combat Trauma and the Undoing of Character” by Jonathan Shay, M.D., Ph.D.

This original and groundbreaking book examines the psychological devastation of war by comparing the soldiers of Homer’s “Iliad” with Vietnam veterans suffering from post-traumatic stress disorder.
Shay’s research uncovered what may be the earliest historical reference to PTSD, in Lady Percy’s soliloquy in Henry IV, Part 1 (act 2, scene 3, lines 40-62). Written around 1597, it represents an unusually accurate description of the symptom constellation of PTSD.

David Strathairn was nominated for an Academy Award for portraying journalist Edward R. Murrow in “Good Night, and Good Luck” and portrayed Secretary of State, William H. Seward in Steven Spielberg’s “Lincoln” . He also appeared in many of writer/director John Sayles’s movies.

He is also recognized for his role as CIA Deputy Director Noah Vosen in the 2007 film “The Bourne Ultimatum”, a role he reprised in 2012’s “The Bourne Legacy”.

One Response to “ACHILLES IN VIETNAM” by Dr. Jonathan Shay, Narrated by David Strathairn