“THIS BRAVE NEW WORLD” by Anja Manuel, narrated by Elizabeth Wiley. “HOW TO GIVE A SPEECH” by Gary Genard 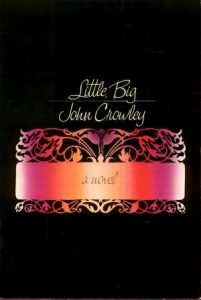 Little, Big is the epic story of the Drinkwater family and their relationship with the mostly obscured world of Fairy. It is set in and around their eccentric country house, called Edgewood, somewhere north of “the City” (implied to be New York). The story is dreamlike, quiet, and meanderi.ng, spanning a hundred years of the intertwined family trees of the Drinkwaters and their relations—from the turn of the twentieth century to a sparsely-described dystopian future America ruled by a sinister despot. The magical elements are subtle rather than overt, with only occasional glimpses of the fairies themselves, although their presence is felt throughout.

Narrated by the author