MASSACHUSETTS CHILDREN’S ALLIANCE – “ONE WITH COURAGE”. 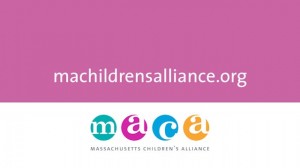 April, 2012. —  We were honored when Broadcast Producer, Colleen Jamsion called to discuss audio needs for One with Courage, a national radio and television campaign, proudly offered by the Massachusetts Children’s Alliance, which focuses on the courage it takes to talk about child sexual abuse.

Recorded using a HD Quicktime video reference, v/o tracks were recorded in English and Spanish.  Edited to time and mixed with music, the final layback ( used also for radio ) was married to video in both HD and Standard Def formats . The spots are currently running throughout Massachusetts.

Voice Talent, Brian Lafontaine  is a professional actor working in film, television, commercials, voiceovers and theatre. Brian most recently appeared in the season finale of the new hit series Homeland for Showtime and has appeared in, or voiced over 450 commercials and supplied extensive character and/or announcer voice talent for Burger King, Windows Phone, Coca-Cola, PBS’s Ocean Adventures, DIY’sWoodsculpting.

Broadcast and multimedia producer, Colleen Jamison began her career at Hill Holliday working with clients including Dunkin Donuts and Fidelity.  Her production experience then brought her to the in-house agencies of Staples and Bose.  Colleen has worked on the smallest of audio production projects as well as high profile Super Bowl ads while at Hill Holliday and Staples.  Colleen’s personal interests and professional background are beginning to intersect with unique opportunities such as assisting the Massachusetts Children’s Alliance with launching their One With Courage awareness campaign.  In her spare time she enjoys not working.