Armadillo was on the road yesterday, to record the brilliant actor, Bill Forchion reading one of eleven, 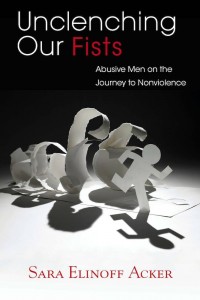 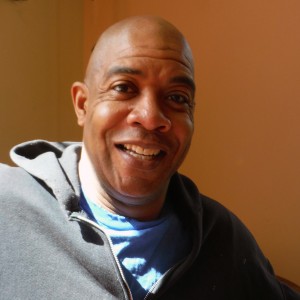 first-person accounts of men who have overcome domestic violence.  From the author:
”UNCLENCHING OUR FISTS: Abusive Men on the Journey to Nonviolence, features eleven first-person stories of men from diverse class and racial backgrounds who have made a long-term commitment to end their physical and emotional abuse and controlling behaviors. These men speak frankly about the abuse they inflicted on their families, what it took to get them to face themselves, and how they feel about the damage they have caused. All participated in violence intervention programs, some for as long as ten years. To put a face on violence and to encourage other abusive men to face themselves, most of the eleven have allowed their photos and real names to be used in the book.Acker’s book carefully examines the process of accountability and transformation for men who’ve been violent, and includes cautionary guidance for women experiencing abuse in their intimate relationships. She warns that only a minority of abusive men go the distance to make this kind of substantive change. Nonetheless, Unclenching Our Fists highlights one of the most underreported “good news” stories coming out of years of domestic violence activism.Sara Elinoff Acker has been an activist in the battered women’s movement since 1985. She worked in shelter programs in Northern Vermont and Western Massachusetts and in 1992 started the partner contact program at Men Overcoming Violence (MOVE) in Amherst. Acker became a certified batterer intervention group leader in 1996 and ran groups for abusive men for over ten years. She now works as a psychotherapist in private practice. — with Bill Forchion.
Tagged with: Armadillo Audio • Armadillo Audio Books • Armadillo Audio Group • Audio book editing • audio book recording • Audio Books • audiobook recording • audiobook recording massachusetts • batterers • Bill Forchion • BIll Forchion Actor • Crown Publishers • Domestic violence • Harper-Collins • Peter Acker • Pro Tools • Sara Elinoff Acker • Unclenching Our Fists

2 Responses to “UNCLENCHING OUR FISTS” Authored by Sara Elinoff Acker