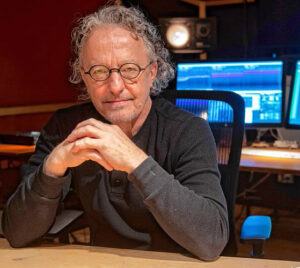 Audiobook engineer/producer Peter Acker in the studio of his Pelham home where he runs Armadillo Audio Group. Photographed on Friday, Jan., 8, 2021.

As an audiobook engineer / producer, Peter’s work has earned accolades across the country. Known for his meticulous attention to detail, positive & supportive communication, it’s no surprise that authors, narrators and publishers alike, entrust their work to him.

As a voice talent, Peter’s rich & resonant sound has been plied for thousands of projects, ranging from Corporate narrations to radio, televison and animation projects.

A nationally recognized nature sound preservationist, Acker and his pristine, Binaural Stereo recordings have been featured on CBS Sunday Morning with Charles Osgood, American Moments with Charles Kuralt; Chronical; and a variety of PBS programming. You may have also heard Peter and his recordings of Cape Cod’s “plane-less” skies in the days following 9/11 on National Public Radio’s “Living On Earth”.